The best studies show – the more healthy changes we adopt, the lower the risk of developing dementia in the future.

In his new book, The Alzheimer’s Revolution, an investigative writer Joseph Keon He offers a research-based program, which he says can significantly reduce the risk of developing the disease.

Here are seven steps Quinn suggests you can take today to dramatically improve brain function and stave off cognitive decline and dementia: 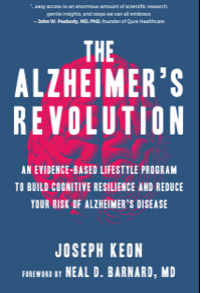 2. Exercise 150 minutes a week. There is no mystery about the science related to exercise and brain health: the more we do, the better off we are. Rush University researchers have found that those who exercise less are more than twice as likely to develop Alzheimer’s disease than those who exercise more frequently. Exercise avoids age-related brain shrinkage, lowers blood pressure, increases blood flow to the brain, is linked to improved thinking and memory, and can even grow new nerve cells. Current recommendations are for a minimum of 30 minutes a day, five days a week.

3. Eliminate alcohol. Despite messages that moderate alcohol consumption is good for heart health, the truth is that alcohol is toxic to every cell in the body and poses a particular threat to the brain. Alcohol consumption is linked to nerve inflammation, brain shrinkage, poor absorption of B vitamins important for memory, and a higher risk of early dementia. Alcohol use disorders in women triple the risk of developing dementia in the future. Protect your brain and ditch the alcohol.

4. Take a vitamin B12 supplement. Up to 20 percent of American adults are deficient in vitamin B12. This vitamin is essential for brain function and memory and a deficiency is associated with memory problems and an increased risk of cognitive decline and dementia. Metformin (a common diabetes medication), alcohol consumption, and gastritis may impair vitamin B12 absorption. To ensure adequate intake, consider a vitamin B12 supplement.

5. Avoid fried foods. Every day, 68 million Americans consume fried foods, exposing themselves to dangerous trans fats that clog blood vessels that feed the brain, shrink the brain at an accelerated rate, and are linked to a fivefold increased risk of Alzheimer’s disease. . Choose instead brightly colored fruits and vegetables, leafy greens, lentils, and beans that are rich in antioxidants and anti-inflammatory elements that protect brain health. 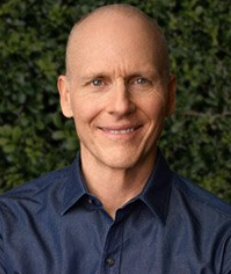 6. Check your medications. Studies have found that two classes of prescription medications are associated with an increased risk of dementia. Class I, called anticholinergics, are prescribed for allergies, colds, depression, high blood pressure, and incontinence. The second class of medications, benzodiazepines, are prescribed for anxiety and as sleep aids. The good news is that there are alternatives for each of the drug classes that do not have this risk relationship. Consult your doctor to determine if you are currently taking medications in any of these drug classes and consider appropriate alternatives.

7. Hearing loss treatment. For the 48 million Americans who suffer from it, hearing loss may do more than just compromise quality of life and lead to social isolation. Depending on its severity, it may also increase the risk of developing dementia in the future two to five times, and those with untreated hearing loss also tend to have cognitive decline earlier than individuals with normal hearing. The good news is that treating low hearing not only improves hearing but also helps improve brain health. In one study, 97 percent of participants who were provided with a hearing aid experienced significant improvements in cognitive health after 18 months, including enhanced working memory and their ability to plan, organize, and initiate tasks.

To reiterate, Keon says, the best studies show: The more healthy strategies you follow, the better able you are to prevent cognitive decline and lower your risk of developing dementia in the future. The power is in your hands.

Joseph Keon is an investigative writer on preventive medicine. He holds expert fitness certifications from both the Cooper Institute for Aerobic Research and the American Council on Exercise. In his work as a health consultant in the public and private spheres for more than 20 years, Keon has focused on chronic degenerative diseases and their relationship to modifiable lifestyle choices. Keon is currently a member of the American College of Lifestyle Medicine.

Keon is the author Alzheimer’s revolution As well as three other books including Whitening: The Inconvenient Truth About Cow’s Milk and Your Health.