Tap Systems has been working for years on unusual input devices that allow typing even when you can’t see your hands in a VR headset.

Simply tap with your fingers on any surface, and the system converts the movement into text or other input. The system can also be useful for input with English Headphones.

For the “Tap” model unveiled in 2018, users had to wear five interconnected rings on their fingers. They were connected via Bluetooth to a receiver, which was then connected to a smartphone or PC, for example.

The new model of the finger keyboard, called the TapXR, requires only a wristband, which then connects to the respective device via Bluetooth.

The relatively slim device detects finger movements without personal calibration. According to the manufacturer, the recognition is 99 percent accurate.

Buyers can get started right away, but they have to learn the input first. They tap their fingers on a surface similar to Morse code, which generates written words.

This works on a table as well as on the user’s arm or thigh. The inertial measurement unit (IMU) operates at six degrees of freedom (6DOF). This allows the wristband to work Specifically in any positionFor example, with fingers on the wall.

“Users will now be able to type, choose menus, and interact faster, without stress, and with haptic feedback,” said David Schick, CEO of Tap. “This allows for a much broader use of XR for things like productivity, commerce, and the metaverse.”

Skilled users can manage up up to 70 words per minuteAccording to the manufacturer, though, the system works with only one hand. Admittedly, the classic two-handed keyboard is still faster.

Suitable for virtual reality, augmented reality and beyond

Tap Systems also offers application areas on 2D surfaces: the graphic designer draws on a pen tablet and presses additional commands on the table surface with her fingers on its side.

The wristband works with any compatible Bluetooth-connected system and supports many operating systems from Windows to Apple systems. Compatible VR and AR platforms include Meta Quest, Windows Mixed Reality, Hololens, Magic Leap, Pico, HTC Vive, and Realwear. The manufacturer claims that the battery life is up to 10 hours or 14 days in standby mode.

More advanced technology has its price: While the predecessor was available for $180, $299 is due this time around. Worldwide delivery is scheduled for the first quarter of 2023. There will be two sizes and six colors to choose from. 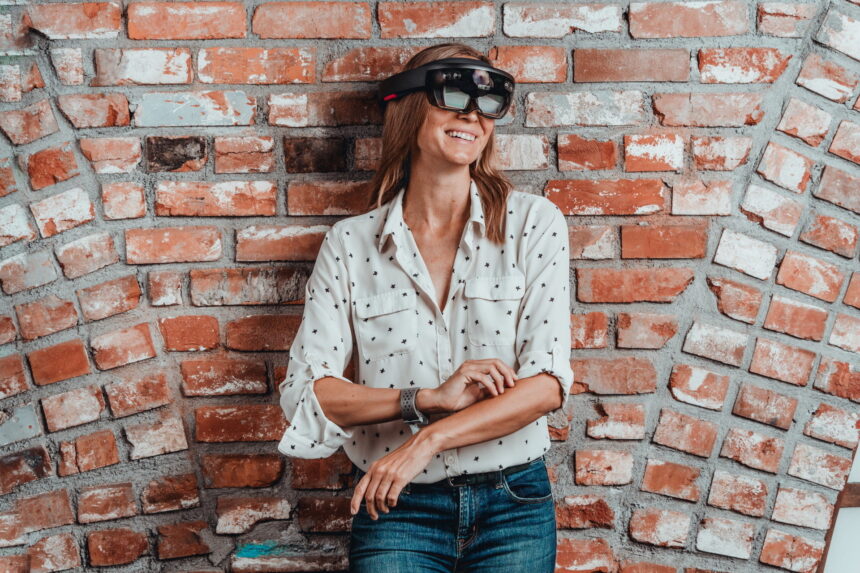 Even the user’s skin itself becomes a writing surface. | Photo: faucet systems

Meta is also looking for the Metaverse wristband

Meta is also currently working on a wristband that converts minute finger movements into input. However, this does not use motion and acceleration sensors. Instead, it uses Electromyography to detect muscle electrical activity and machine learning.

The better the algorithm is trained, the less hands and fingers can move. The system then decodes the signals already on the wrist and converts them into digital commands. in Connect 2022Meta showed the current progress on the wristband input in an impressive video.